Welcome to my stop on the blog tour celebrating the release of Red Letter Days by Sarah-Jane Stratford! Thank you to Berkley Publishing for the invitation! Stay tuned for information on how to win a copy at the bottom of this post!

A striking novel from the acclaimed author of Radio Girls about two daring women who escape McCarthy-era Hollywood for London, where they find creative freedom and fight the injustices of the Red Scare.

Nineteen-fifties America is bright and full of promise, and Phoebe Adler, a New Yorker brimming with talent and ambition, is forging her way as the rarest of things: a female television writer in Hollywood. But fears of a growing Red Menace cloud the optimism, egged on by the hate-mongering of Senator McCarthy. A blacklist is created to cast out communist sympathizers, smashing careers and ruining lives. When Phoebe finds herself caught in the hysteria’s web, she flees to London.

Though postwar London is struggling and work is precarious, Phoebe finds camaraderie with other Americans living in exile, including the restless and ambitious Hannah Wolfson. Determined to fight the injustices of the Red Scare, Hannah is a successful producer who hires blacklisted writers at great risk to her career and company.

Together Phoebe and Hannah successfully fight unfair bias and sexism, but danger still looms in this supposed sanctuary. And when their families and friends—their very lives—are threatened, they will have to make impossible choices.

Just after the war, the United States in the fifties is an exciting place to be. Phoebe Adler is a New Yorker on her way to Hollywood to work as a TV writer, not a common role for women at the time.

Phoebe’s excitement and star on the rise are short-lived, however, due to the hate being spewed by Senator McCarthy and his followers, fear of communist sympathizers. Eventually, Phoebe is blacklisted in Hollywood and leaves for London.

There Phoebe continues to struggle finding work, but she finds comfort among other expats seeking exile in London. She becomes close with Hannah Wolfson, a producer who is willing to hire blacklisted writers no matter the cost.

Phoebe and Hannah are in a dangerous position, one that could implode at any moment.

I’ve read books about the Red Scare after World War II, and this story definitely offered a different angle and refreshing viewpoint. I especially loved that women were supporting women during these difficult and dangerous times.

Overall, Red Letter Days shines a bright light on a dark time in our nation’s history. A time when people were doubted, ridiculed, blacklisted, and even threatened and harmed, without a shred of evidence.

I received a gifted copy from the publisher. All opinions are my own.

Sarah-Jane Stratford is the author of Radio Girls. Her work has also appeared in the Guardian, the Boston Globe, Los Angeles Review of Books, Marie Claire, Bustle, Guernica, and many others. She is inordinately pleased to have written for knitting magazines as well.

In 2017, Sarah-Jane was awarded a Tier One Highly Talented Visa from the Arts Council in Britain. Formerly a resident of both American coasts (not at the same time), she’s now living the expat life in London. When she isn’t working, she’s exploring and seriously considering learning how to garden.
Sarah-Jane is happy to Skype/FaceTime/ Messenger with book clubs worldwide. Please get in touch via www.sarahjanestratford.com or this page: https://www.facebook.com/SarahJaneStr…

For a chance to win a finished copy of Red Letter Days, please visit my instagram page!  Giveaway generously sponsored by the publisher.

Have you read Red Letter Days, or is it on your TBR? Happy Reading! ~ Jennifer THR 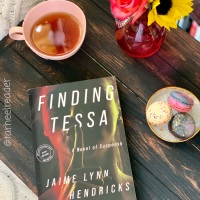 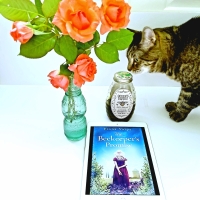 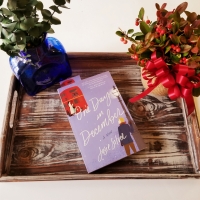 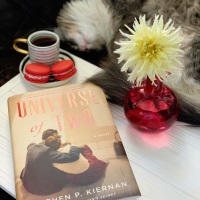 Just trying not to drop my book in the pool - lover of Rom Com, Thrillers and Audiobooks!

Diary of a Stay at Home Dog Mom

Let's grab a cup of tea and talk about books

Life past, present, thoughts about the future, and ever changing world