This was the second of two fantastic fantasy books I was invited to read from Crown Publishing. I am an eclectic reader, and for whatever reason, I do not reach for fantasy as often, but just the same, I tend to savor it when I do.

Foundryside is Sancia’s story. A skilled thief, she has been sent on a mission to take a hugely powerful artifact from a guarded warehouse in the impoverished city of Tevanne.

This artifact is used in “scriving,” which is coding commands to give previously inanimate objects sentience. This code has already been used to make Tevanne a place where money matters more than people. If Sancia finds this artifact, the whole world could be rewritten based on the ideology of whomever writes the code.

Sancia is now hunted by the people who know she has the artifact, and no one has the power to stop them. To save herself, Sancia will have to make friends with her enemies and master how to use the code for her own survival.

Robert Jackson Bennett is an artist when it comes to world building. Foundryside is full of all the action and adventure one would expect in this type of story. A well-rounded effort, there are intriguing side stories, characters to adore and despise, and a steadfast and resilient female heroine.

Overall, Foundryside is exciting, entertaining, and completely transporting to this other world in a way I found accessible and all-consuming even as an occasional fantasy reader.

Thank you to Kathleen Quinlan at Crown for the ARC. All opinions expressed are my own. Foundryside will be published on August 21, 2018.
View all my reviews

In a city that runs on industrialized magic, a secret war will be fought to overwrite reality itself–the first in a dazzling new fantasy series from City of Stairs author Robert Jackson Bennett.

Sancia Grado is a thief, and a damn good one. And her latest target, a heavily guarded warehouse on Tevanne’s docks, is nothing her unique abilities can’t handle.

But unbeknownst to her, Sancia’s been sent to steal an artifact of unimaginable power, an object that could revolutionize the magical technology known as scriving. The Merchant Houses who control this magic–the art of using coded commands to imbue everyday objects with sentience–have already used it to transform Tevanne into a vast, remorseless capitalist machine. But if they can unlock the artifact’s secrets, they will rewrite the world itself to suit their aims.

Now someone in those Houses wants Sancia dead, and the artifact for themselves. And in the city of Tevanne, there’s nobody with the power to stop them.

To have a chance at surviving—and at stopping the deadly transformation that’s under way—Sancia will have to marshal unlikely allies, learn to harness the artifact’s power for herself, and undergo her own transformation, one that will turn her into something she could never have imagined.

Have you read Foundryside or any other fantasy books lately? Happy Reading! ~ Jennifer THR 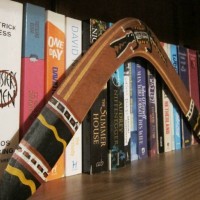