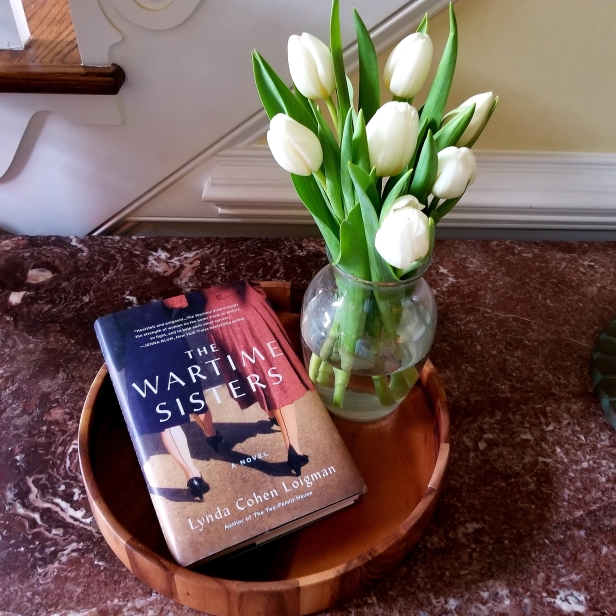 Today I’m super excited to bring you a review of The Wartime Sisters by Lynda Cohen Loigman now available from St. Martin’s Press! Loigman’s first book, The Two-Family House, is one I’ve recommended many times over, and it’s always well-loved. I have been on the edge of my seat waiting for her newest effort, and it’s here! Thank you to GetRed PR for the invitation to review this special book.

Two sisters, both raised in Brooklyn, are feeling the distance from one another. They each have burdens to carry when they meet up at the Springfield Armory just as World War II has begun.

One sister is an officer’s wife and lives a relative easy-appearing life there on the Armory campus, while the other is a widow of the war and has to work on the production line in the Armory factories.

As one can imagine, that rivalry between sisters causes feelings to be hurt as their divide deepens, and also, as someone from their past comes back into both of their lives.

The heart of this story is the dynamic between these two sisters. It’s Millie and Ruth’s story above all else. The jealousy and swirl of other emotions is palpable, and anyone with a sibling can surely relate to some of those feelings we don’t want to admit to. The historical backdrop with the Armory setting solidifies the plot.

Overall, The Wartime Sisters is a dynamic and intriguing story of sisters, second chances, and hopes for mending relationships. Once again, Lynda Cohen Loigman nails the nuances in these sibling relationships and delivers another engaging and emotional novel.

Two estranged sisters, raised in Brooklyn and each burdened with her own shocking secret, are reunited at the Springfield Armory in the early days of WWII. While one sister lives in relative ease on the bucolic Armory campus as an officer’s wife, the other arrives as a war widow and takes a position in the Armory factories as a “soldier of production.” Resentment festers between the two, and secrets are shattered when a mysterious figure from the past reemerges in their lives.