Welcome to my stop on the The Other Windsor Girl blog tour sponsored by TLC Book Tours! Thanks to TLC for the invitation!

Are you a fan of The Crown? I have not watched the show, and I know I should because I’m certain I would love it.

Princess Margaret meets The Honorable Vera Strathmore, a writer of lurid novels, who becomes her second lady-in-waiting. Margaret falls in love with a handsome Captain, only to be reined in by her title and rank in society. Both Margaret and Vera tire of their tethers, and choices will have to be made.

Who knew Princes Margaret was such a ball of fire? The Other Windsor Girl is such a captivating and entertaining jaunt of a story. You can’t help but want more for Margaret  and admire Vera’s tenacity.

Overall, The Other Windsor Girl is a captivating and engaging story. The second half flies much faster than the first. The presentation of class and social order kept me invested, and as I mentioned above, I couldn’t help but root for Margaret.

I received a complimentary copy from the publisher.

About The Other Windsor Girl

In a historical debut evoking the style of The Crown, the daughter of an impoverished noble is swept into the fame and notoriety of the royal family and Princess Margaret’s fast-living friends when she is appointed as Margaret’s second Lady-in-Waiting.

Diana, Catherine, Meghan…glamorous Princess Margaret outdid them all. Springing into post-World War II society, and quite naughty and haughty, she lived in a whirlwind of fame and notoriety. Georgie Blalock captures the fascinating, fast-living princess and her “set” as seen through the eyes of one of her ladies-in-waiting.

In dreary, post-war Britain, Princess Margaret captivates everyone with her cutting edge fashion sense and biting quips. The royal socialite, cigarette holder in one hand, cocktail in the other, sparkles in the company of her glittering entourage of wealthy young aristocrats known as the Margaret Set, but her outrageous lifestyle conflicts with her place as Queen Elizabeth’s younger sister. Can she be a dutiful princess while still dazzling the world on her own terms?

Post-war Britain isn’t glamorous for The Honorable Vera Strathmore. While writing scandalous novels, she dreams of living and working in New York, and regaining the happiness she enjoyed before her fiancé was killed in the war. A chance meeting with the Princess changes her life forever. Vera amuses the princess, and what—or who—Margaret wants, Margaret gets. Soon, Vera gains Margaret’s confidence and the privileged position of second lady-in-waiting to the Princess. Thrust into the center of Margaret’s social and royal life, Vera watches the princess’s love affair with dashing Captain Peter Townsend unfurl.

But while Margaret, as a member of the Royal Family, is not free to act on her desires, Vera soon wants the freedom to pursue her own dreams. As time and Princess Margaret’s scandalous behavior progress, both women will be forced to choose between status, duty, and love…

Please use the hashtag #theotherwindsorgirl, and tag @tlcbooktours, @williammorrowbooks, and @georgieblalock. 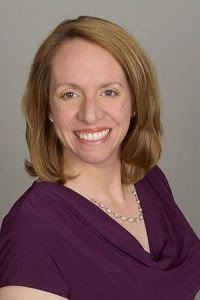 Georgie Blalock is an amateur historian and movie buff who loves combining her different passions through historical fiction, and a healthy dose of period piece films. When not writing, she can be found prowling the non-fiction history section of the library or the British film listings on Netflix. Georgie writes historical romance under the name Georgie Lee. Please visit www.georgieblalock.com for more info about Georgie and her writing.

For a publisher-sponsored giveaway, make sure to check out my Instagram page. Have you read The Other Windsor Girl, or is it on your TBR? Happy Reading! ~ Jennifer THR