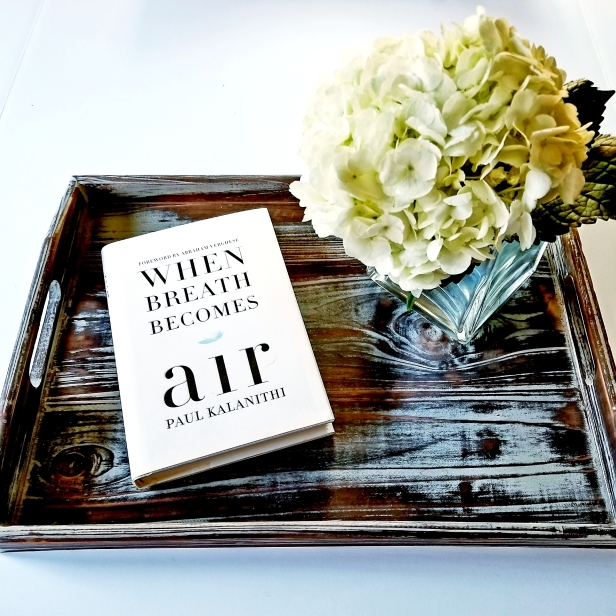 Happy Wednesday! Today I have a review of When Breath Becomes Air, a book I had the pleasure of buddy reading with my dear friend, Beth, at Bibliobeth, which she read as part of her Nonfiction November challenge. Check out her NN posts for lots of interesting fun!

When Breath Becomes Air has been on my shelf since I first bought it from Book of the Month over two years ago. I was waiting for the right time, and that never seemed to come. Timing is important for a read like this, and we all have our connections to books or topics that we feel might contribute to poor timing…If Beth hadn’t had this on her reading list for November and offered a buddy read, I don’t know if I ever would have picked it up. Even though I desperately wanted to read it, I was scared.

What happened to Paul Kalanithi could happen to any one of us. A young life full of promise with some uncomfortable symptoms he explained away as stress and body ailments that would come along with one of the most physical and mentally draining times of his life, his last year of residency in neurosurgery.

Kalanithi chronicles his early life, the role of his parents in his education, his siblings, his time in college- what he studied and why. He shares many philosophical thinkings he has had and how they contribute to the path he chose. He comes to a fork in the road where he has to choose between being a writer and being a doctor, and he chooses the latter. Why? Not for the fortune and fame because of all the sacrifice it would take to get there; instead, it was a calling for him.

Documenting the years of his training, including his residency, and up through his diagnosis to the birth of his daughter, and then his last documented days, I have to say I cried in the beginning, and I cried while reading the last 60 pages. Once Kalanithi knew he was rapidly declining, I could not stop my tears. Then, when his story ends, and his wife, Lucy, completes it, I continued to weep. Paul Kalanithi’s had worked hard to accomplish so many things, and it was all cut devastatingly short. He had a tenderness in his love for his wife, his daughter, his parents and brothers, his friends, but also in how he approached every human he encountered. He never disconnected from the human connection, that each patient was someone’s biggest love.

Even though this book ripped me apart, and yes, it made me cry, I’m grateful that I know, and can be inspired by, Paul Kalanithi’s heart.

Thank you to Beth for another wonderful buddy read. So far we are two for two with emotional reads!

For readers of Atul Gawande, Andrew Solomon, and Anne Lamott, a profoundly moving, exquisitely observed memoir by a young neurosurgeon faced with a terminal cancer diagnosis who attempts to answer the question What makes a life worth living?

At the age of thirty-six, on the verge of completing a decade’s worth of training as a neurosurgeon, Paul Kalanithi was diagnosed with stage IV lung cancer. One day he was a doctor treating the dying, and the next he was a patient struggling to live. And just like that, the future he and his wife had imagined evaporated. When Breath Becomes Air chronicles Kalanithi’s transformation from a naïve medical student “possessed,” as he wrote, “by the question of what, given that all organisms die, makes a virtuous and meaningful life” into a neurosurgeon at Stanford working in the brain, the most critical place for human identity, and finally into a patient and new father confronting his own mortality.

What makes life worth living in the face of death? What do you do when the future, no longer a ladder toward your goals in life, flattens out into a perpetual present? What does it mean to have a child, to nurture a new life as another fades away? These are some of the questions Kalanithi wrestles with in this profoundly moving, exquisitely observed memoir.

Paul Kalanithi died in March 2015, while working on this book, yet his words live on as a guide and a gift to us all. “I began to realize that coming face to face with my own mortality, in a sense, had changed nothing and everything,” he wrote. “Seven words from Samuel Beckett began to repeat in my head: ‘I can’t go on. I’ll go on.'” When Breath Becomes Air is an unforgettable, life-affirming reflection on the challenge of facing death and on the relationship between doctor and patient, from a brilliant writer who became both.

Have you read When Breath Becomes Air, or is it on your TBR? Happy Reading! ~ Jennifer THR 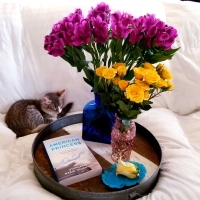 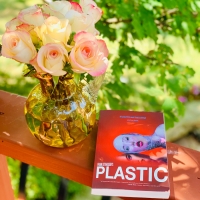 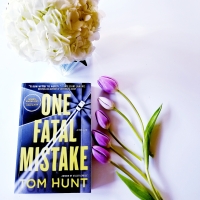